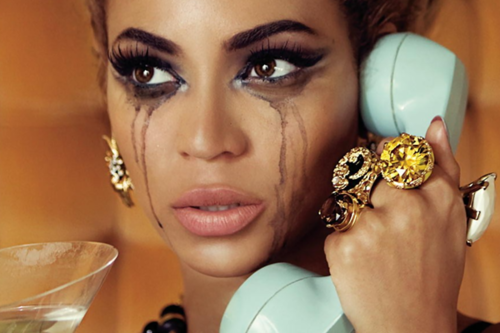 upon hearing the cabinet reshuffle news

(*update 11/5/16: thanks to RTE Arena for having me on air yesterday to speak about this: piece begins at 4:00. Please consider signing the petition to reconfigure a new arts ministry started by John O’Brien)

Like many in this country, I’ve been patiently waiting for our warring political factions to hammer out some kind of resolution to the election impasse. Listening to the radio, getting my young kids ready for school in the morning rush, stopping for the occasional eyeroll as the merits of this-or-that coalition is debated… waiting.

Finally on Friday, the new Cabinet was announced. Some familiar faces, a few surprises, and then the biggest shock of all: the newly configured Department of Regional Development, Rural Affairs, Arts and the Gaeltacht. Cue my disbelief.

In what other European country would such a combination be acceptable, or even logical? Have the arts (and heritage, which seems to have fallen off a cliff) really fallen so low in government estimation?

Call me an optimist: in the triumph of hope over experience, I’ve perpetually believed that as the economy improved, our government might turn again to nurturing the cultural life that has actually sustained us during these last few, depressing years of recession. That it might recognise how, in spite of resources slashed and professional expertise often discredited, folks working in our cultural sector have continued doing what they love and believe in, often at great personal expense (both in terms of morale, and financially). Playwrights and novelists haven’t stopped writing; actors and musicians have persisted in performing; artists continue to create work that makes us think and challenges us to look at the world anew. Museum workers, even in their dwindling numbers, welcome school groups across the country; volunteers keep heritage sites open and welcome visitors with a cup of tea; our national collections and archives continue to paste over the cracks, and keep institutions functioning in the face of disappearing funding, threats to their independence and the hiring moratorium.

What about the near-incessant stream of 1916 centenary events? Who do the government think have been producing the talks, performances, exhibitions, public events that have attracted thousands over the past few months, with many more in planning? I’m of the personal view that the commemorations have been incredibly rich, dramatically expanding public narratives that were previously frozen by polarised political ideologies. We can be proud of our centenary year to date – but this is because of the creatives (artists, archivists, academics, etc) and the willing public who have made it so.

I’m flabbergasted, frankly. Some will say the cabinet reshuffle doesn’t matter: power has, and always will, essentially rest with the senior civil servants who actually run the Department of Arts & Whatever Else You’re Having. But I happen to think it does matter. Do we live in a society that believes in the integrity and value of our cultural life? Why haven’t we been given a government department and minister that signal a central (not peripheral) willingness to cultivate and protect our much-lauded reputation as a small, global, cultural powerhouse? All too often it feels that Ireland’s cultural richness has not emerged because of government support: it’s happened in spite of it.

What does this active disregard feel like on the ground? Let’s just look at one slice of this – Irish museums –as I happen to be finishing writing up the results of the Irish Museums Survey (to be published in the next month). Funded by the Irish Research Council and undertaken by the Irish Museums Association and UCD, it’s the first time in a decade any statistics have been collected on the museum sector (these aren’t officially collected, by the way). The more sophisticated analysis will come later, but here are just a few insights into what eight years of budget cuts have achieved (some from the survey, and others from my own experience):

Such accounts could be multiplied many times over, if extended to the visual, performing, and literary arts. And yet – on 28 March at the conclusion of RTE’s acclaimed broadcast Centenary, President Michael D Higgins paid tribute to the centrality of Irish culture as inspiring the new State:

From that foundation, that cultural and literary awakening, Irish artists known and appreciated throughout the world have emerged, and continue to emerge. Tonight we celebrate not only our rich cultural heritage, but also its contemporary expression, our new imaginings, and the many creative ways in which we are telling our stories. For ours is a story still in the making.

A month later, and we’ve been presented with the new Department of RDRAAG to carry this ‘national story’ forward. Perhaps no acronym has ever been more fitting.

20 thoughts on “A New Irish Ministry for the Arts (Or, Through a Hedge, Backwards)”