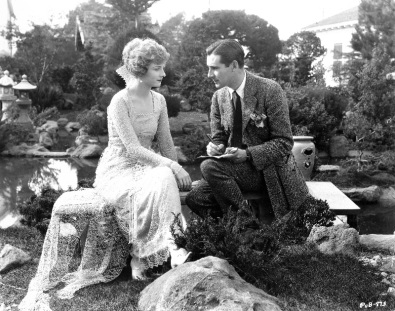 This will be the last post for a few weeks while I’m away in California (hooray for the homeland, family & Mexican food!)

News that Dublin County Council is creating a registry of vacant properties for creative use met with many a hurrah today! Owners are urged to get in touch with the Council to be added to the registry and be put in touch with folks looking for short term leases for cultural & creative purposes.

I am indeed sad not to be making the launch of the Science Gallery’s ‘Edible’ show tonight (although the pics are slightly grossing this preggo lady out!), and I know I mentioned it already last week, but SERIOUSLY: the SG has outdone itself. Go see (and eat) it.

The annual Irish Museums Association conference is fast approaching! This is always one of the highlights of my year — have a look at the programme and consider joining us in Limerick from 24-26 Feburary for great speakers, networking & museum visits (this year includes the Hunt Museum and Glenstal Abbey).

If you’re a dancer about to graduate in 2012, the Step Up Dance training programme sponsored by Dance Ireland, the Arts Council and University of Limerick sounds like a great opportunity. Deadline is 5 April…

In the meeja this week the disposal of Anglo Irish Bank’s art collection met with a resounding ‘meh’; of greater interest perhaps was IMMA’s acquisition of its headquarter’s signage (although surely the National Museum might have been a more appropriate destination?)

Breathing some new life into Belfast’s cultural scene, the newly unveiled MAC arts centre has announced its first programme of events in theatre and the visual arts.

Just this week Ireland’s creative crowdsourcing site Fundit.ie passed €500k in pledges from nearly 9,ooo peeps! Seriously, you guys (all the punters pledging & the crew from B2A running the joint) are awesome. I just funded their first craft project to celebrate — go on, have a look at all the fab projects currently listed 🙂

Dublin Youth Theatre is staging a groovy-sounding fundraiser in Project Arts Centre on 19 February — the 24 Hour Play Project challenges six directors, six writers and a whole heap o’well known thesps to write, direct and stage a play in a 24 hour period! No doubt this will be a sell-out..

The Thomas Damman Award from the Royal Hibernian Academy offers funding to folks working on academic and creative projects in the visual arts… it’s a great source of support that many colleagues & friends have accessed in the past; application deadline is 2 March.

Notre Dame University has announced the theme and content of its annual Irish Seminar (run in Dublin during June and July): it’s on contemporary Irish theatre! The programme looks great, and bursaries are available to help fund attendance.

One of our MA alumnae has contacted me from her new home in Perth where she’s working with the non-profit FORM — they’re launching an ambitious campaign to secure a $12 million grant that will fund a new digital media hub (‘The Foundry’) in Western Australia, and are seeking any and all expressions of support. With many graduates emigrating to sunnier climes it’s great to stay connected to the wider diaspora of arts management folks — so if you’re interested do sign their online petition!