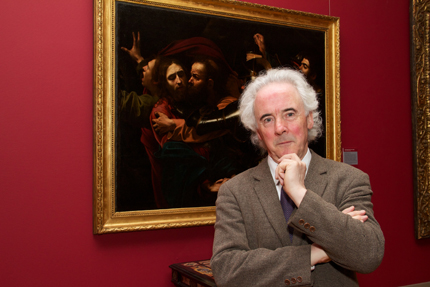 Congratulations to Raymond Keaveney on his retirement: 23 years' service to the National Gallery of Ireland!

A busy week on the arts scene with lots of news & goings-on:

My colleague Dr Maeve Houlihan (UCD School of Business & a long term lecturer in our MA Arts Management) is co-convening a session at the upcoming World Congress of the International Federation of Scholarly Associations of Management — being held this June at University of Limerick! Her session is entitled ‘Services, Events and Arts Management‘ and paper abstracts will be accepted until 31 January.

Lots of news on the Director front… long-serving Director of the National Gallery Raymond Keaveney retired on 11 January, and Sarah Glennie was announced as the new Director of IMMA.

Ni hao, Dublin Chinese New Year Festival! This is a month traditionally light on festival-type activities, so the New Year Festival’s launch today will provide some cheer in January’s gloom. May be time to break out my rusty Mandarin…

Three new positions coordinating Music Generation projects in Laois, Cork and Wicklow have been announced (the first two have been posted in the Jobs section of this site; the third has yet to be advertised).

The ever-interesting THEATREclub at Project Arts Centre is hosting a new series of discussions and workshops to accompany its latest production ‘The Family’, reflecting on contemporary Irish family life & related social issues.

The Limerick City Gallery of Art launched its snazzy newly refurbished building this week — by all accounts it’s a fabulous space.

DCAL has announced details of a £5,000 Culture Tech grant open to organisations and individuals based in Derry, aimed at projects combining cultural endeavours and digital technology — deadline is 17 February.

The Lighthouse Cinema reopened to the public today under the new management of Element Pictures (yay!) and I’ve just been alerted to VOLTA, a new on-demand Irish indie film & video service… very tempting (and great name, by the way)!

According to a recent RTE press release, its spring schedule includes “‘Masterpiece: Ireland’s Most-Loved Painting’, a major new programme that will kick off a five-week RTÉ-wide campaign to find Ireland’s favourite painting.” Hmm….

The Irish Museums Association’s latest members’ field trip is on the 28th of January to the Little Museum of Dublin and the Freemasons’ Hall… bound to be a popular one! Book in by emailing Gina at office@irishmuseums.org.

The Irish Times Theatre Awards nominee list was announced on Saturday; here’s the full list and some reflections of the jury.

Unfortunately news came this week of the untimely death of the wonderful artist Paddy Jolley, who died unexpectedly in India. A fund has been set up to assist his family in the immediate aftermath; please contribute if you can.