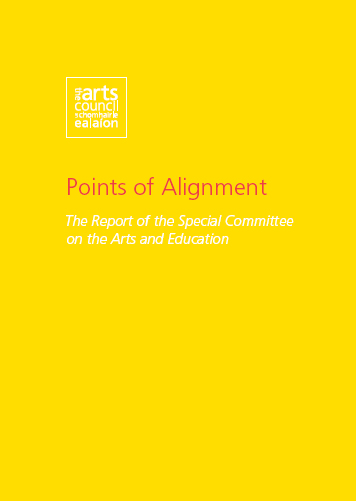 Big in policy news: the Arts Council has released its long-anticipated report on the Arts and Education, ‘Points of Alignment’ (see press release). A taster from the report:

‘Arts provision for children and young people both in and out of school is arguably the single greatest fault line in our cultural provision. This is recognised by practitioners and public alike, the latter clearly giving it the highest priority in the 2006 study of public attitudes and behaviour The Public and the Arts.

The establishment in 2006 of the Special Committee on the Arts and Education confirmed an alignment between politicians, practitioners and public around the need to address this issue. The Report of the Committee in 2007 was adopted unanimously and enthusiastically by the Arts Council and submitted to the Department of Arts, Sport and Tourism and to the Department of Education and Science. The report has been the subject of detailed discussions between both Departments and the Arts Council and the Council now publishes it with the fervent hope that its recommendations are addressed to the lasting benefit of Irish society.’

Martin Drury of the Arts Council will be discussing the report on the radio show Artbeat, 103.2 Dublin City FM tonight at 8.00 pm. It’s a dense report with many recommendations and points of interest, and I’ll be blogging more about it tomorrow after a little light evening reading… 🙂