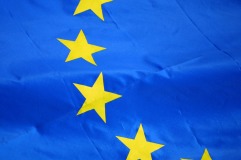 Another petal unfolds from the flower of EU cultural bureaucracy (er, policy). In a nutshell, EU Cultural Ministers have accepted the topics for discussion proposed by EC Commission on Culture: (1) promotion of cultural diversity and intercultural dialogue; (2) promotion of culture as a catalyst for creativity in the framework of the Lisbon Strategy for growth, employment, innovation and competitiveness; (3) promotion of culture as a vital element in the Union’s international relation. Now that we’ve moved from talking about talking, to agreeing what will be talked about, the next step is… more talks? Hmm.

The European Forum for Arts and Heritage has more:

During their November meeting, the European Ministers of Culture adopted the objectives and instruments proposed by the European Commission in its Communication on Culture. The Council resolution on the ‘European agenda for culture’ brings to a close the long consultation process and opens up some new perspectives for cultural policy developments at EU level.

Following difficult negotiations between EU Member States, and a large-scale consultation exercise with civil society representatives in Lisbon last September, the EU finally agreed on a ‘European agenda for culture’, which should open the way for strategic and coordinated EU action in the cultural field.

In addition to its Culture programme, and respecting the principle of subsidiarity which excludes any kind of European harmonisation of national cultural policies, the EU will launch an ‘Open Method of Coordination’ applied to the cultural policy field. This intergovernmental, voluntary and flexible instrument is intended to stimulate Member States to reflect, converse and exchange ideas on a number of key policy issues, which urgently require enhanced cooperation at European level. If the Council agreed on the topics to be discussed within the framework of the Open Method of Coordination’ during the next three years (mobility, access to culture, cultural statistics, the economy of culture and the implementation of the UNESCO convention on the protection and promotion of the diversity of cultural expressions), the concrete instruments and time tables have to be worked out. Access to documents and civil society participation will be of crucial importance to make sure that discussions develop in a democratic and transparent way.

In addition to proposing the Open Method of Coordination in the field of culture, the adoption of the ‘European agenda for culture’ should also open the door to the recognition of the role of arts and culture within the European Commission system and policies: the setting up of internal instruments to finally implement proper cultural mainstreaming, the gathering of cultural statistics by Eurostat and the development of a genuine structured dialogue with civil society organisations. Hopefully, this new ‘agenda for culture’ should finally lead to an increased European budget for culture in the financing period after 2013.