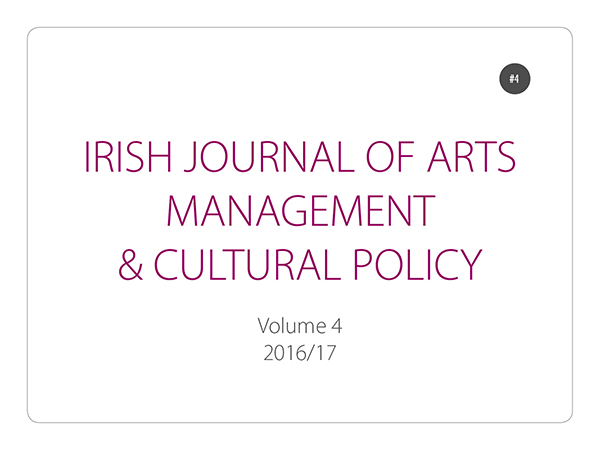 I’m delighted to announce that our latest issue of the Irish Journal of Arts Management & Cultural Policy has been published! It’s a bumper issue, with four excellent research articles — covering placemaking, precarity in theatre work, cultural property legislation in Ireland, and a review of JobBridge and the cultural sector — as well as four book reviews.

We’ll be sharing news soon of the new CFP for the next journal issue, as well as some changes to the format which will be announced shortly! Here are some shortcuts to the various articles, or you can find the entire journal here.

Exporting Art from Ireland: The Alfred Beit Foundation and the Protection of
Cultural Property
TED OAKES

A view from the bridge: institutional perspectives on the use of a national internship
scheme (JobBridge) in Ireland’s National Cultural Institutions
GRÁINNE O’HOGAN 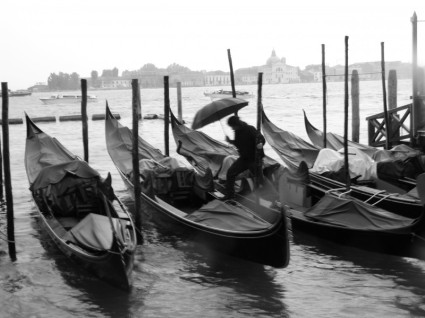 One day left for applications to be Curator of the Venice Architectural Biennale!

A few bits and pieces for the first round-up of the new year:

In case you missed it in December, the Arts Council has finally released details of a new policy on opera — hopefully this will go some way towards mitigating the disastrous handling of the sector to date by the Council and the Department.

Bob Collins was announced in late December as the new Chair of the Arts Council of Northern Ireland.

Thinking of going freelance in the new year? The Guardian Culture Professionals blog had a few good tips…

Applications are open for the Irish Curator of the Venice Architectural Biennale 2012 (but only until tomorrow, January 12!)

As of January 1st, the Artist Resale Right in Ireland was extended to heirs of artists (and not just living ones). The Irish Times provided a brief summary of the benefits artists & their descendants are now entitled to, with more info available from the Irish Visual Artists Rights Organisation (IVARO, which incidentally came to life as a project by several of our MA students some years ago!)

The Science Gallery’s flagship exhibition for 2012 ‘Hack the City‘ is currently accepting proposals for: ‘Installations, Mass-participation experiments, Events, Performances, New products/services/start-ups, Workshops, Apps, Visualizations, maps and mashups’. Funding is available and proposals are due by 20 January.

Black Church Print Studio has an intriguing-sounding exhibition coming up, especially for an ex-pat Angelena like me:  ‘From Dublin to LA and Back’, an exchange between BCPS and the LA Printmaking Society will be on show at Monster Truck Gallery in Temple Bar from 12-28 January.

An interesting editorial on challenges for arts policy was published in the IT on 29 December.

One of the best pieces of arts policy journalism I’ve read in a major daily for some time was David Edgar in last week’s Guardian, musing on ‘Why Should We Fund the Arts‘?

Can you tell the difference between a Stradivarius and a newer violin? A fun test and report on new research from NPR…

A little over 20 days until applications close for World Book Night 2012! I gave away loads of free copies of Beloved last year, it was great fun! Sign up to be a giver on their website…

The PhotoIreland Festival has announced its theme for this July’s festival, and it’s just up my street: ‘Migrations: Diaspora & Cultural Identity’.

I read with great interest a recent report from the UK-based Institute for Public Policy Research (IPPR) on the subject of internships, employment law and ethics, entitled ‘Why Interns Need a Fair Wage‘. The report challenges the system of unpaid internships across the private and public sectors (including politics, business, law, media, fashion, the arts and non-profits), arguing that this structure:

END_OF_DOCUMENT_TOKEN_TO_BE_REPLACED 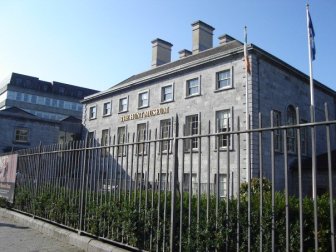 During a visit on Monday to the Hunt Museum in Limerick, President Mary MacAleese criticised claims made by the Simon Wiesenthal Center concerning the provenance of the collection, and the description of the late Hunts as “notorious dealers in art looted by the Nazis”. Today the Irish Times reported on the SWC’s response to the president:

President Mary McAleese has been criticised by the Simon Wiesenthal Centre (SWC) for censuring it over allegations it made about the Hunt Museum. The centre said it would be publishing a report in five or six weeks’ time which would vindicate its stance on the issue.

The centre’s European director, Dr Shimon Samuels, said he was “quite shocked” at Mrs McAleese’s remarks, which were uncalled for and were “not very presidential and were very unstatesmanlike”.

Mrs McAleese said the allegations were “baseless . . . unfounded . . . a tissue of lies” and had hurt many people.

Last October, an independent report by Lynn Nicholas, a world authority on Nazi looted art, found that “the presently available information and research provides no proof whatsoever that the Hunts were Nazis, that they were involved in any kind of espionage, or that they were traffickers in looted art”. (more…)

UPDATE: Fintan O’Toole gives the President an earful on the issue in Saturday’s Irish Times…