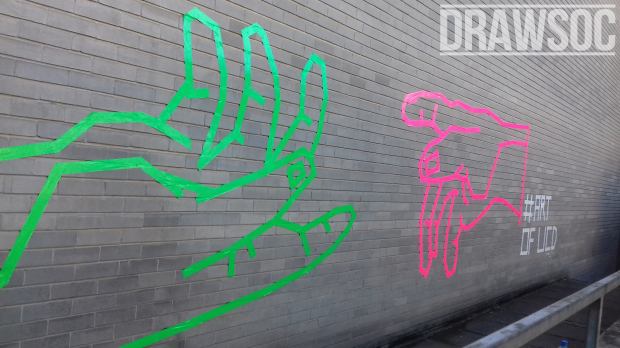 Apart from all the events on in city centre, don’t forget Drawsoc, UCD’s award-winning visual arts society! Lots of events planned on campus for the first weeks of term…

Today we welcomed our new class of MAs in Arts Management and Cultural Policy here at UCD! We’ve another group of diverse and ambitious folks keen to get stuck into study, but also to explore all of the cultural delights of the city 🙂 As promised, here’s a roundup of some highlights in the cultural calendar during the next two months. For folks new to Dublin, you couldn’t land at a better time!

Culture Night (Friday, 16 September) – the city will be taken over this Friday with Culture Night, with a massive number arts and cultural events happening around the country (and in NI) as well. My tips: start early, bring your walking shoes, plan your itinerary in advance (queues can be long for the popular venues!), and enjoy the liveliest night of the year in town… it’s not an exaggeration to say that most of city centre is given over to culture vultures.

Tiger Dublin Fringe Festival (10-25 September) – it’s on, it’s sprawling, it’s hot, it’s crazy. Fringe has already kicked off the autumn arts glut with a smashing programme this year… top venues include the Spiegeltent (in Merrion Square for the first time this year!) You’ve 73 productions and 412 performances to choose from (and here are the recs from the Irish Times), but my money’s on RIOT from Thisisopopbaby (co-produced by MA alumna Jenny Jennings) and Paul Currie’s surreal Release the Baboons.

Dublin Theatre Festival (29 Sept. – 16 October 2016) – this is the big one: theatres across town will be stuffed to the gills with the offerings in this year’s festival, with top-notch international and domestic productions a-plenty, and very reasonable ticket prices. I’ve got my eye on Backstage in Biscuit Land and the new staging of a Midsummer Night’s Dream in particular.

Open House Dublin (14-16 October 2016) – for the architecture buffs amongst us, this annual mainstay offers 100+ tours of iconic Dublin buildings and little-seen interiors. A fab way to poke your nose in some astonishing and striking buildings sprinkled all over the greater Dublin area.

Project Arts Centre – Project 50 Season (from October) – the beloved Project Arts Centre (one of the country’s main multidisciplinary venues) is blowing out 50 candles on its cake this year, and to celebrate they’ve programmed a special season of work. Shows at Project are reliably excellent and provocative, under the steady hand of director Cian O’Brian (a graduate of our course, btw).

Ireland 2016 / Decade of Commemorations  – over the past year the events calendar has been stuffed with commemorative events of all shades and stripes; there’s still time to catch a number of fantastic arts events over the next few months:

Phew. I love Dublin in the autumn!

2 thoughts on “Autumn 2016 in Dublin: an arts/cultural primer”