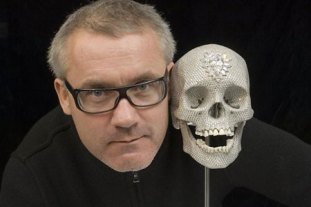 Over 100 artists and arts professionals (including Damien Hirst, Tracy Emin, Nick Serota, David Hockney, Gilbert & George, etc) have signed a letter in protest over the apparent restructuring of the British Council’s arts programme, published recently in the Guardian. According to the accompanying article:

What is known is that the British Council is planning a radical shakeup in the way it delivers arts abroad, and part of that will entail scrapping its long-established arts departments, including visual arts, theatre, film and dance.

(see also the BBC‘s reporting of the controversy)

Meanwhile the British Council’s chief executive Martin Davidson has insisted in a statement that ‘the British Council remains deeply committed to the arts in all its forms. But like any organisation, we need to review our focus from time to time, and we are initiating such a consultation on the council’s arts strategy this month.’

It’s not yet clear what the restructuring will entail, but the claimed ‘consultation’ seems to be an exercise in optics rather than a true dialogue, as subsequent letters to the Guardian on the issue seem to indicate.

It’s been a tough week for the arts in Britain– in response to the recent major cuts by the ACE (as noted in a previous post) a number of theatres and orchestras in the UK are preparing to sue the Council for their loss of income. As Mark Brown of the Guardian observed:

… the artists are in revolt. The actors’ union, Equity, passed a vote of no confidence in Arts Council England, although it is implementing a much bigger than expected spending round. But while it is increasing money to three-quarters of its 990 regularly funded organisations, it is also cutting it for 194 of them. Sometimes the Arts Council must take tough decisions to allow innovative groups more money and refresh the pot with new organisations. But the actors believe theatre is taking too big a hit. Now the painters and sculptors are flexing their muscle against the British Council. What should have been a week for forward-looking debate on the arts has ended in acrimony and a breakdown in trust between artists and arts managers.